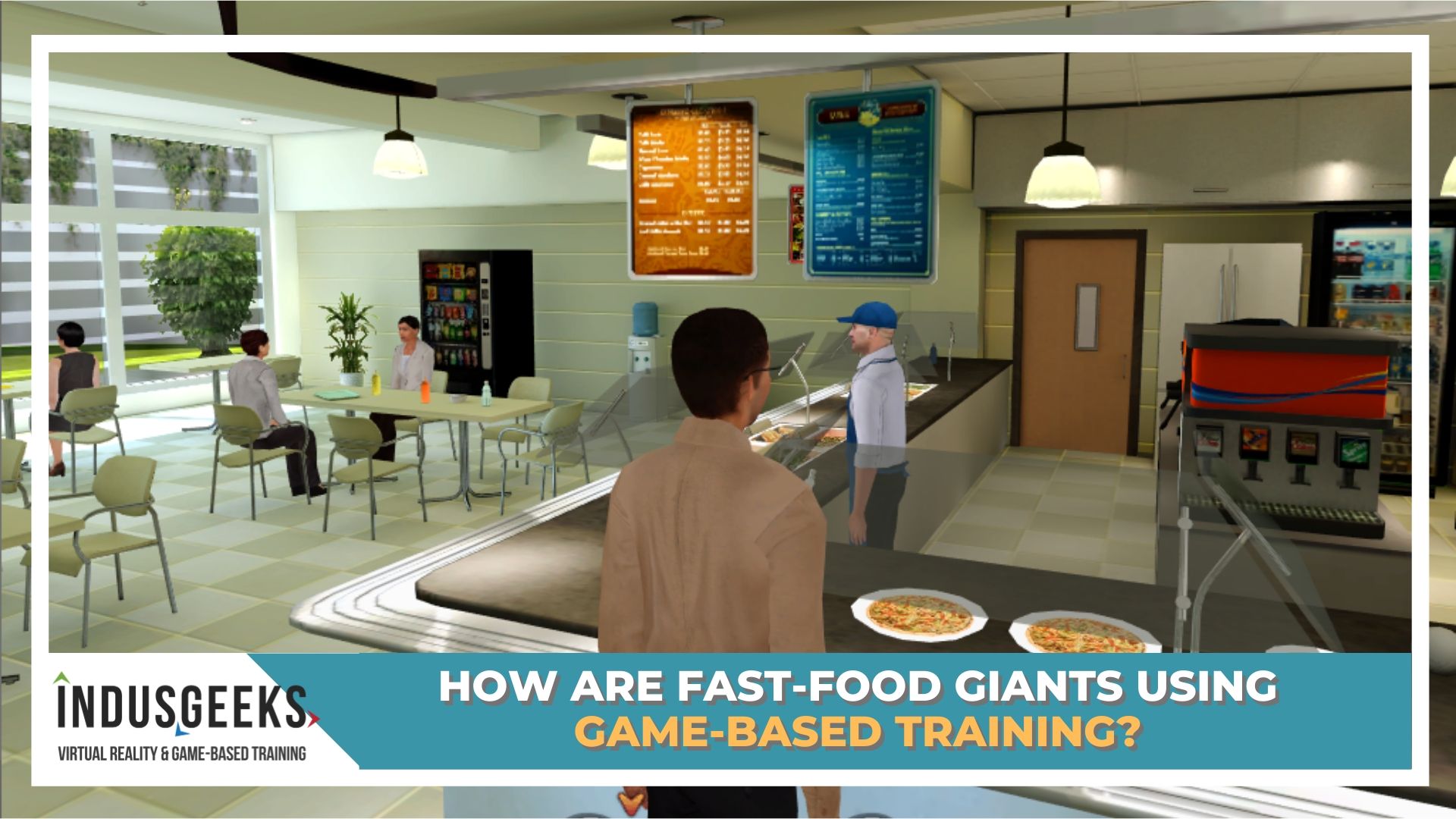 The market size of the Fast Food Restaurants industry in the US alone has grown 2.9% per year on average between 2015 and 2020. But this also means an increase in competition in the industry. And this means every fast-food restaurant to survive in this cut-throat competition has to stay ahead of the others. But how can restaurants beat their competition in the same space? By giving consumers what they want! It was found out that high-quality food, the dining experience, and efficient customer service were the top three listed requirements. And the fast-food giants excel in fulfilling all these criteria by training their staff effectively using Game-based training!

The world’s largest and the leading fast-food restaurant chain uses game-based training to train their employees. The fast-food chain has its presence across 119 countries. Creating a standardized and uniform training process using the traditional methods was difficult and the results would vary. And if any new introduction is made or system upgrades happen it becomes difficult to fast track the whole training process across all branches. So they found out a solution to sort out this problem, by using game-based training. They built a game during the launch of their new till system, which was called as the Till Game – and the main objective behind it was to educate and train the employee for maximum customer satisfaction. 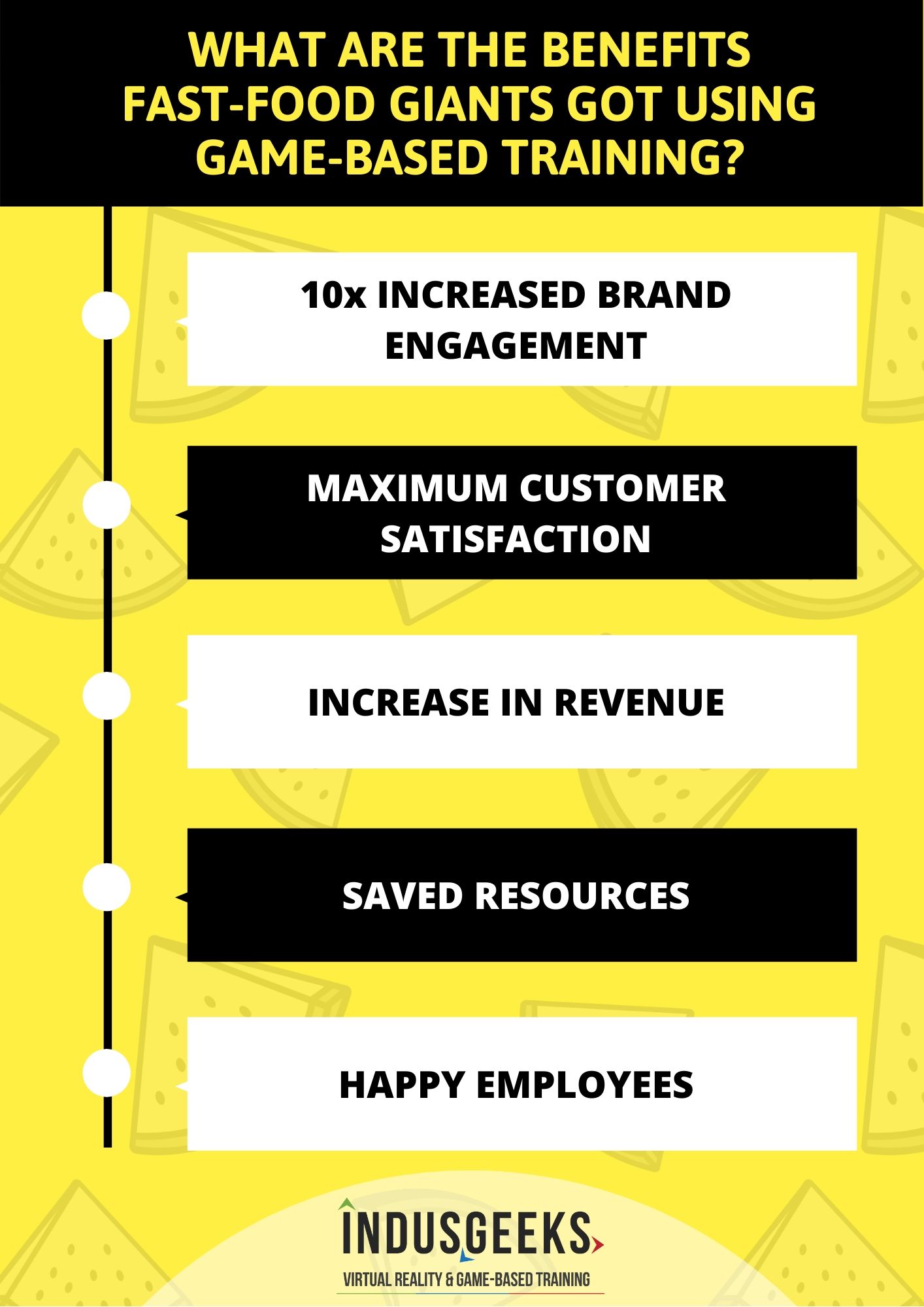 Another American multinational pizza restaurant chain also used game-based training as a part of a promotion as well as their training strategy. In the module, the player learns how to make pizza like the restaurant does. The main aim was to increase brand engagement. The company used this interesting game to teach the learners the right way of making delicious and tasty pizzas. As it was made true to life using simulation to replicate the equipments and tools used in making a pizza in the restaurant, it also became like a tool to train the new employees.

The results were beyond what the pizza chain had actually expected. A game-based training that was actually planned to be used as a part of their marketing strategy also became their most important training tool. The training time was reduced significantly and also, no harm was caused to those delicious pizzas. 😛

The knowledge, skills, and the ability of its employees can mean the difference between a fast-food chain’s continued profitability and its demise. It’s worth taking a look at the type of training that is typically provided to these employees. Start using game-based training today and get ready to grow!

At Indusgeeks, we create high fidelity learning/training simulations specific to your needs and work with you to ensure that the outcome of your program is higher. Our solutions are available on desktop, mobile, tablet and browser-based, making it accessible anywhere and everywhere. #MakeanImpact